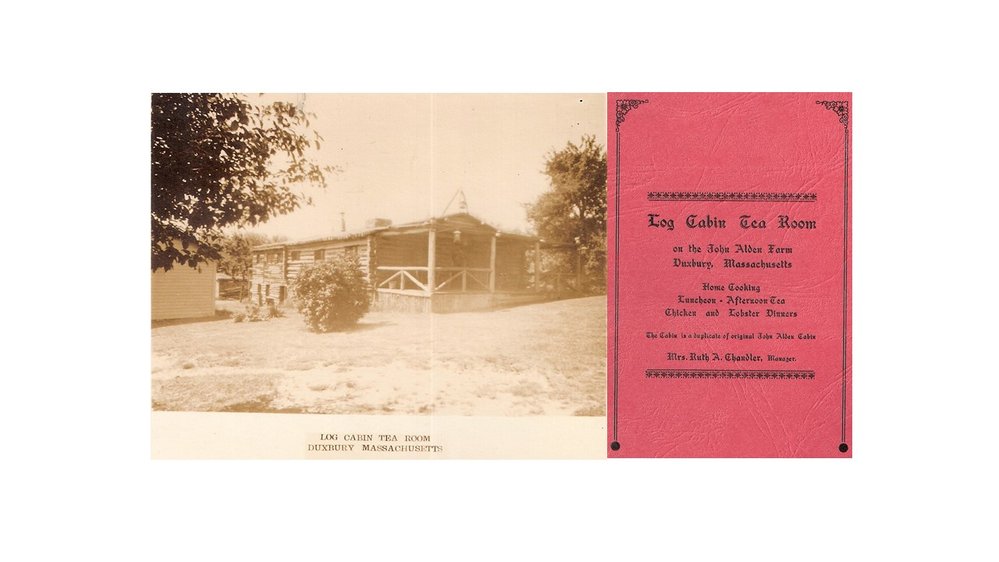 Tea played an important role before, during, and after the Revolutionary War. The Boston Tea Party took place just over 30 miles from where you stand. The colonists, particularly women, voiced their political opinions by boycotting imported English tea and drinking herbal “Liberty teas” grown in their gardens instead.

One hundred and fifty years later, women, tea, and politics continued to mix. With changes in society during the 1920s, women began to own, operate and frequent tearooms across the country. Between 1920 and 1933, during Prohibition, the popularity of these establishments grew significantly due to both the demand for non-alcoholic drinks, the advent of the automobile and construction of roads.

This small cottage you see was once part of the Alden’s Log Cabin Tea Room. There, manager Ruth Chandler served visitors not only afternoon tea but full steak and lobster dinners and homemade cakes and pies. In the 1960s, this building was converted into a caretaker’s cottage.

Look for the sign marked “Alden First Site,” which will direct you to the path to the original homesite.