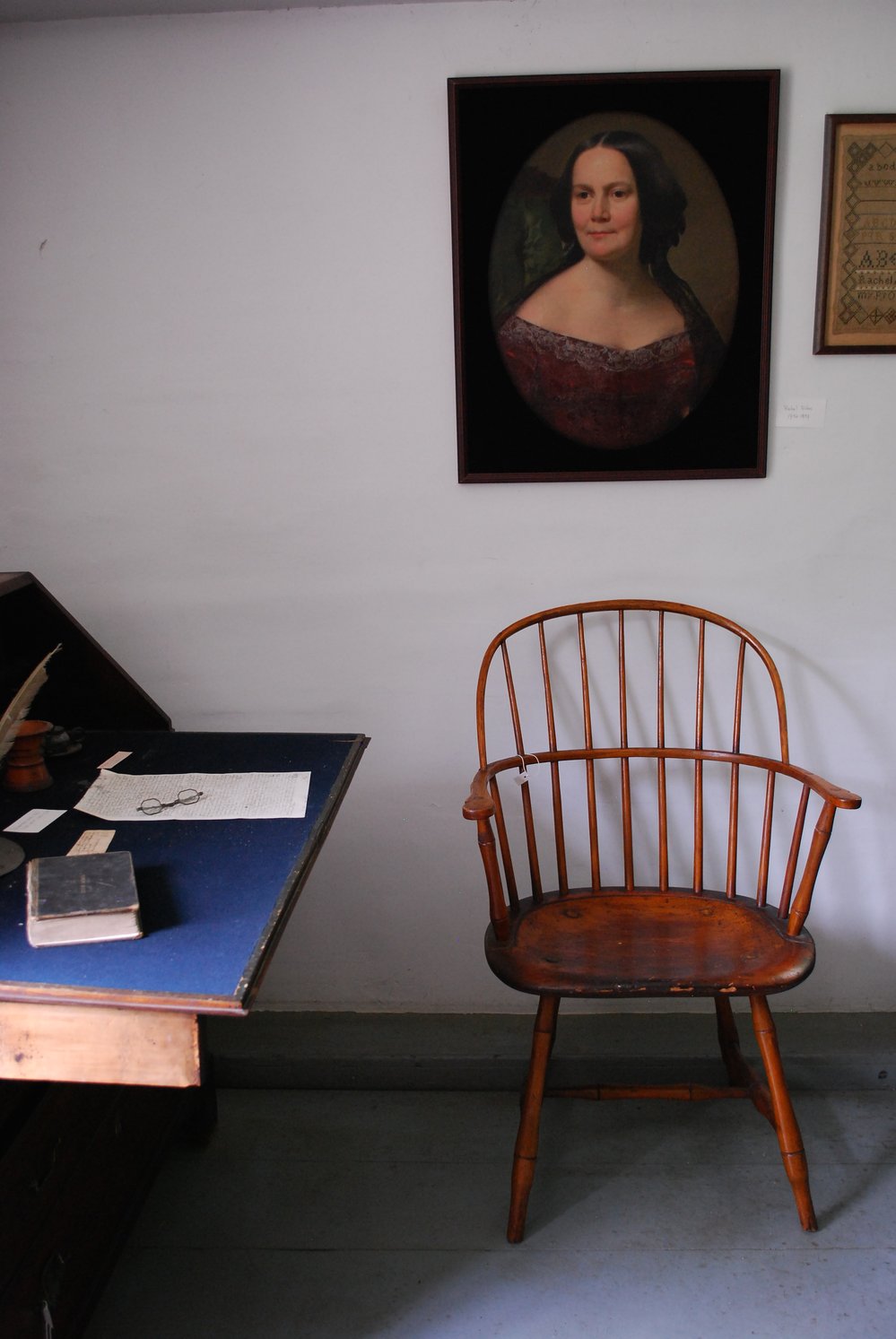 Around 1627, the Aldens moved from Plymouth Colony to Duxbury. This is the second home that the family built on this property. A later stop in this tour features the nearby remains of their first home, where the Aldens lived from about 1630 to the late 1600s. Architectural analysis, including dendrochronology (or tree-ring dating) indicate that this standing house was built around or just before 1700. It is therefore uncertain whether John and Priscilla lived in this home.

What is certain is that their grandson, Colonel John Alden, formally inherited the property in 1703 following his grandparents’ and father Jonathan’s deaths. Several generations of Aldens then lived here up until the 1920s. Today, the site is a National Historic Landmark and is listed in the National Register of Historic Places. If you would like to learn more about this site’s long history, please visit www.alden.org.